The Plymouth-based head of training for the Royal Navy has retired to be replaced after a ceremony at HM Naval Base Devonport today (Tuesday).

Rear Admiral Chris Snow CBE has been relieved in command of Royal Naval training and as the Senior Naval Officer in the South West by Rear Admiral Clive Johnstone CBE who assumed the duties of Flag Officer Sea Training (FOST). Rear Admiral Snow is retiring not only from this command, but also from the Royal Navy after 35 years’ service.

Rear Admiral Johnstone, who will live in Plymouth during his time in command, took up his new role during a ceremony at Flag Officer Sea Training’s HQ in HMS Drake, Devonport, with a ceremonial guard and the Band of HM Royal Marines Plymouth.

Rear Admiral Snow said: “It has been a huge honour to have commanded such a wonderful operation which spans all aspects of training from day one in the Royal Navy and Royal Marines to deployment across the world. Our skills have been well tested recently and we have delivered ships and their ship’s companies ready for operations in support of British and international maritime efforts worldwide.

“I leave a superb organisation manned by first class people and in great shape. I have particularly enjoyed my engagement across the South West and urge everybody in the region to continue to think of the Royal Navy fondly and give us their continued and unstinting support.”

Rear Admiral Johnstone said: “It is an extraordinary pleasure to be taking over from Rear Admiral Snow and a very great privilege to be taking over a command that has a global reputation for excellence and delivery. I am clear that, in these difficult and uncertain times, good training protects the heart of the Royal Navy. Indeed, right across the FOST command area our commitment to people and our resolution to only offer the very best training whether it be to individuals, specialist sub-teams, ship’s companies or Royal Marine units, means that we can develop and strengthen all our trainees to be maritime professionals and warriors of the sea.

“I am delighted to be here in the South West with my family and looking forward to leading the many initiatives required to deliver a 21st Century training solution.”

Rear Admiral Johnstone is now the Flag Officer responsible for all training of Royal Navy and Royal Marine personnel both at sea and in shore establishments. His command includes Britannia Royal Naval College, Commando Training Centre Lympstone and HMS Raleigh in the South West as well as HMS Collingwood in Portsmouth and submarine training at Faslane.

The Devonport based Flag Officer Sea Training staff, known throughout the world as FOST, assists commanding officers of the Royal Navy, Royal Fleet Auxiliary, as well as many NATO and Non-NATO navies in the development and maintenance of their ship’s capability and preparation for operations. 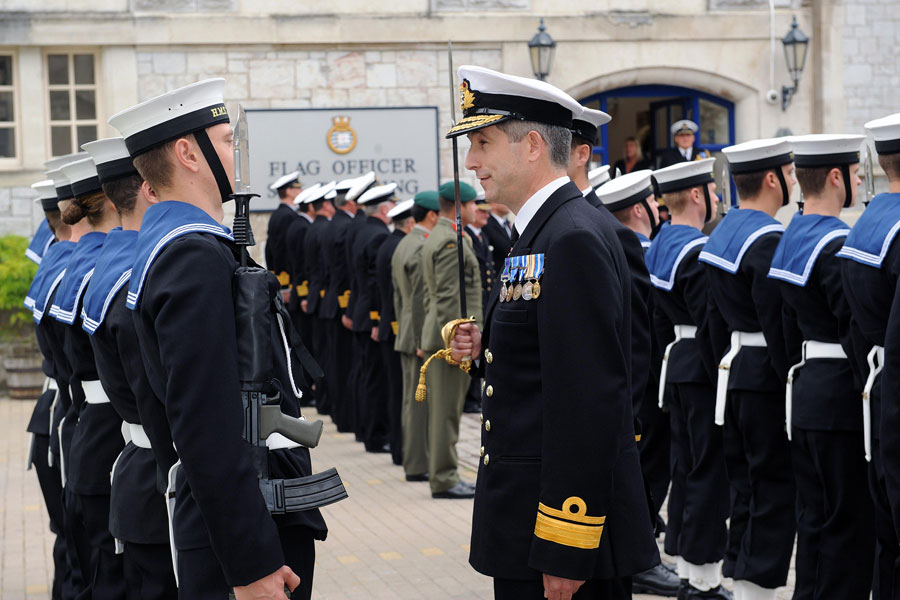