A former naval medic from the New Forest has re-joined the Service to help the national struggle against Coronavirus.

Jordan Holland spent eight years as a Royal Navy medical assistant before she left the service last year to pursue her dream of becoming a full-time artist.

But she also wanted to continue serving her nation – as an officer in the Royal Naval Reserve.

The latter, like many things, has been put on hold by the pandemic. In the interim, the 29-year-old decided to sign back on as medical assistant and join the collective fight against COVID-19.

This week the 29-year-old returned to HMS Nelson in Portsmouth, re-joined the Navy, received her uniform ahead of being assigned to one of the MOD’s Joint Hospital Group – the Forces medical personnel who are attached to NHS hospital trusts around the country.

“It’s an unprecedented time for the world, but it’s great to feel like you can do something,” she said.

“It’s fantastic watching all services come together – the NHS, police forces, delivery personnel and shop workers – holding this all together.

“It feels good to be a part of it and as I was already a qualified Navy medic that seemed the natural area for me to help in.”

Jordan, who’s half-British, half-American (her father is a pilot for British Airways, while her mother served in the US Air Force for 28 years as an officer) joined the Royal Navy in 2011 from university in Tennessee to begin a career as a medical assistant.

There’s no direct equivalent in the civilian world: it entails everything from working side-by-side with doctors and surgeons on ships or sick bays ashore to providing life-saving trauma care to troops and Royal Marines injured on the front line as a field medic.

Her eight years in the Navy took the former pupil of Bournemouth’s Talbot Heath School for Girls to the Horn of Africa and efforts to curb piracy with frigate HMS Somerset, working in the medical centres of the Navy’s engineering school at HMS Sultan in Gosport, provided immediate assistance to trainee Royal Marines injured in the field at the Commando Training Centre in Lympstone, Devon.

She continued as a field medic with the Commando Logistics Regiment in North Devon and provided vital care and assistance to islanders in the Caribbean in 2017 as part of the UK’s response to a series of devastating hurricanes (Operation Ruman).

In addition, she’s been a member of the Navy’s badminton team, representing the Service in Portugal and Hong Kong, enjoyed adventurous training opportunities, and recorded many of her naval career in art form – a hobby she took up on her first deployment with HMS Somerset.

“Art has always been a passion and I left the Navy last year so I could pursue this profession properly as was getting a lot of requests and commissions,” Jordan explained.

“I was in the process of re-joining as a Royal Naval Reserve officer – I have always and still do love the Navy. You make the best kind of friends, you work so well together – it’s a whole other world. When you leave, you miss the people and the banter.

“When my interview date was put on hold due to COVID-19. I offered to re-join temporarily to help with the coronavirus as a medic.” 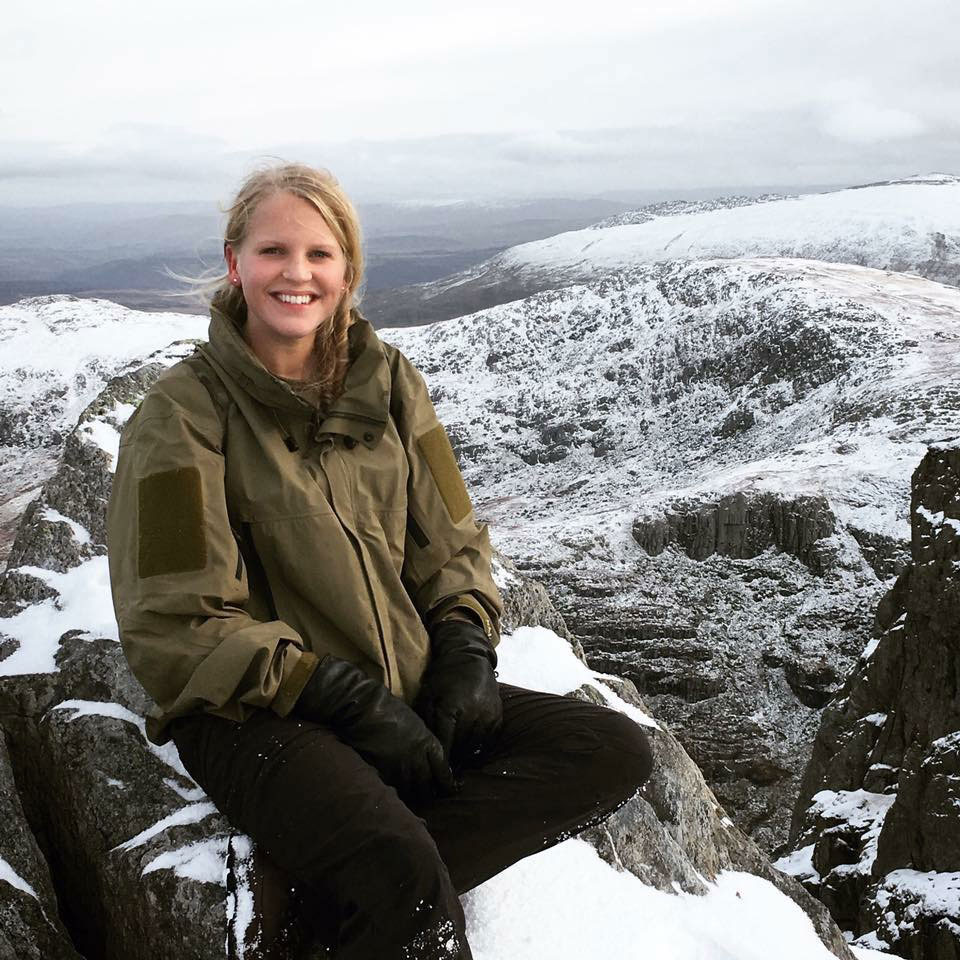