HMS Chatham’s crew has celebrated her 21st ‘birthday’ with a visit by her sponsor, Lady Roni Oswald.

The Type 22 frigate affiliated to Chatham and based in Plymouth, took a break during her busy sea trials period in the Channel last weekend to pay a visit to Portsmouth where Lady Oswald and her husband, Admiral of the Fleet Sir Julian Oswald (retired) were the guests of honour for the proceedings whilst the ship was in the port.

This year marks 21 years since HMS Chatham was launched on the River Tyne by Lady Oswald at Swan Hunters Shipbuilders Ltd. The anniversary was marked with a ceremony at which Lady Oswald took the salute and Sir Julian inspected the guard. This was followed, in traditional style, with the cutting of a cake by the wife of the ship’s co, Mrs Angela Huntington, and the youngest member of the crew Able Seaman Alexandra Turner.

The following day Sea Cadets from another of the Ship’s affiliated organisations, TS Anson of Dartford, took the opportunity to tour the Ship and gain an insight into life on board.

Lady Oswald said that it was “an absolutely amazing day” and how she had enjoyed the parade and meeting the ship’s company.

Sir Julian said he had “very much enjoyed” the day and thanked the ship for making such ”excellent arrangements”. He said it was a ”great privilege” to meet the ship’s company” who were “cheerful and enthusiastic”.

HMS Chatham’s Commanding Officer, Commander Simon Huntington said: “This has been a wonderful way for my ship’s company to mark the occasion of the 21st anniversary of the ship being launched, and it has been made even more special by the visit of the Ship’s sponsor Lady Roni Oswald.”

Following a period of essential maintenance in her home port of Devonport, HMS Chatham is conducting sea trials in preparation for her return to the operational fleet. The crew will conduct training under Flag Officer Sea Training later in the year, before deploying in early 2010. 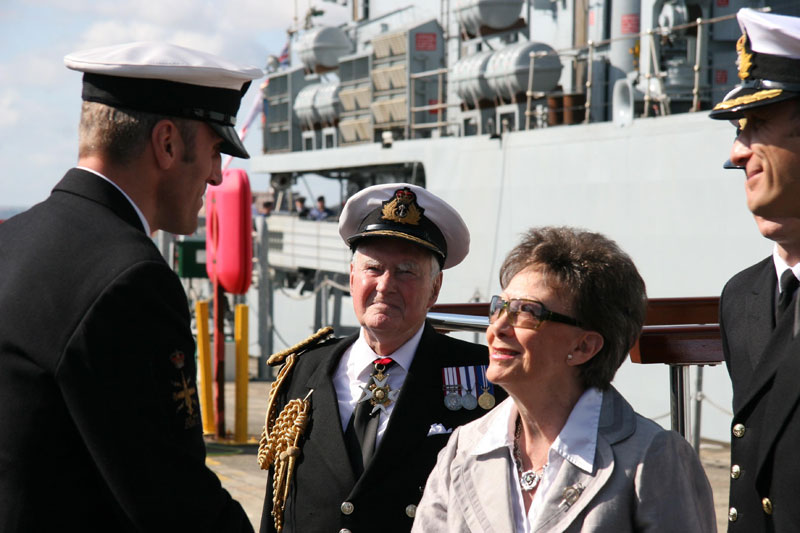 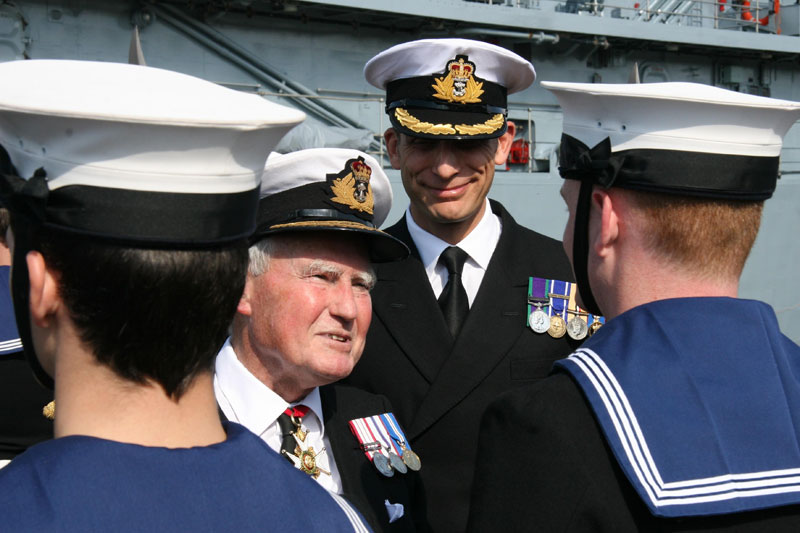 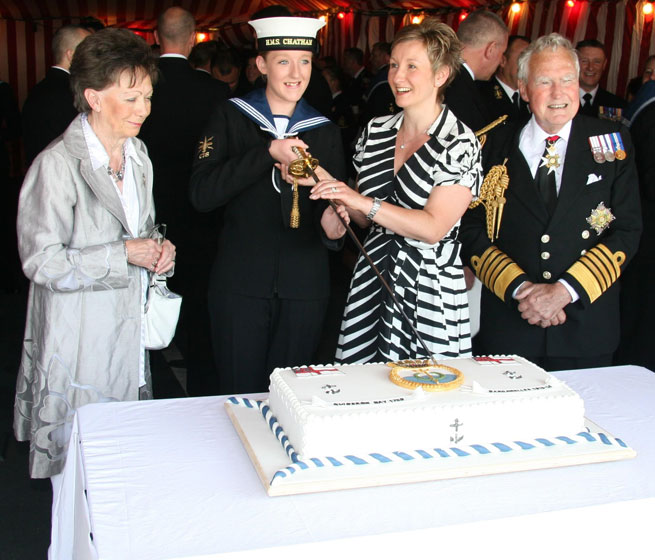