The Royal Navy nuclear-powered submarine HMS Tireless was welcomed home today (Wednesday 11th May) by a crowd of well-wishers after one of the longest deployments in recent years.

About 200 families and friends cheered the submariners home to HM Naval Base Devonport, Plymouth, after they arrived from deployment east of Suez for about ten and a half months, the longest Royal Naval submarine deployment in about ten years.

A military band and a balloon ‘sculptor’ entertained families while they waited patiently for the submarine to arrive after a successful intense and hard-working deployment.

HMS Tireless deployed to fulfil the MOD’s enduring commitment to permanently maintain a submarine in the Middle East in support of UK interests. HMS Tireless predominantly worked independently and alone in the traditional submarine role by conducting covert missions including operations in support of counter-terrorism, counter-narcotics and counter-piracy related activities. This resulted in the crew having no communications with the outside world for almost half of their time away in order to act as secretly as possible.

The commanding officer of HMS Tireless, Commander Jason Clay, was met by his overjoyed wife Tamsin and sons Harry, 2.5 years, and Miles, seven months. Cdr Clay praised his crew and said: “At over 10 months, this has been the longest submarine deployment in recent history and one which the ship’s company are justifiably proud of.

“I’m absolutely delighted to see that so many family and friends have made the trip to Devonport to welcome us back not least because without their support, our job would have been considerably more difficult. Given recent events, the Royal Navy is working as hard as ever and HMS Tireless is no exception. For many of us, it will be business as usual from tomorrow as we start to get the boat ready again for any potential operations.”

Tamsin said: “It is fantastic to see Jason again and it is for Harry who has been impatiently waiting for his daddy. Jason has already seen Miles once and came home especially to see him because he was born while deployed. It has been very busy for me with two little boys, with one being a new baby. Harry is looking forward to playing and going on walks with his daddy. I am used to waiting for Jason to come back from being away, but this has been extra long and seems to have gone on for ever.”

Sally Bucknall, 21, was especially pleased to see her partner Leading Seaman (warfare) David Carlin, of Plymouth, because she is expecting their child, due in a few weeks. She said: “I emailed him the scans of the baby so he could keep up to date while he was away. He is due to be home for the birth which I am very pleased about. I can’t wait to show him the nursery I have created.’’

Able Seaman Marc Robson, 26, of Plymouth, was greeted on the jetty by his fiancée Carly Spencer, 23. The pair are due to get married at the end of May. He said: “It’s so good to see Carly again. I have missed her. I was very upset when we were all told the boat was due to be delayed coming back by two months. But that makes it even better to see her again. It was also touch and go whether I would be back in time to help prepare for the wedding, but luckily I got back in time.”

Carly, a photographer in Plymouth studio Portrait Place, moved from Canvey Island, Essex, to
Plymouth. The pair met on in Majorca in 2008 and engaged in 2009. She said: “I am so happy Marc is back again. It has been hard being away, especially so close to our wedding.”

Fitted with highly capable Spearfish torpedoes and Tomahawk land attack cruise missiles, HMS Tireless sailed in July 2010 for a routine deployment including exercises and the traditional role of a submarine in the ‘Silent Service’ – an unobtrusive patrol.

In August HMS Tireless made its inaugural transit of the Suez Canal whilst en-route to the Northern Arabian Gulf. Although generally a common event for most naval vessels, this was the first time HMS Tireless had done so, even though the submarine was commissioned in the mid-1980s.

In a significant first for a Royal Navy submarine, HMS Tireless supported a French carrier battle group in the Indian Ocean while the group was conducting live air strikes over Afghanistan. The mission involved operating ahead of the task group, providing indicators and warnings against a range of potential threats. This was one of the first opportunities for the UK to support the UK/France Treaty for Defence and Security Co-operation signed last year.

The submarine has completed 307 days away from the UK and travelled in excess of 35,000 miles. The crew now has a long period of deserved leave. 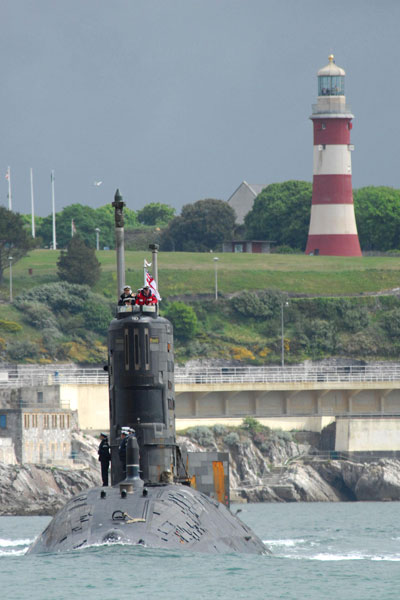 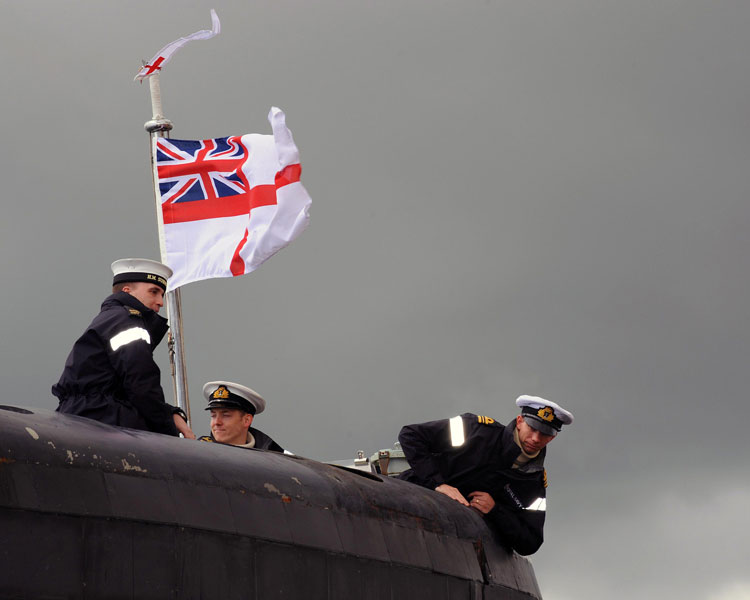 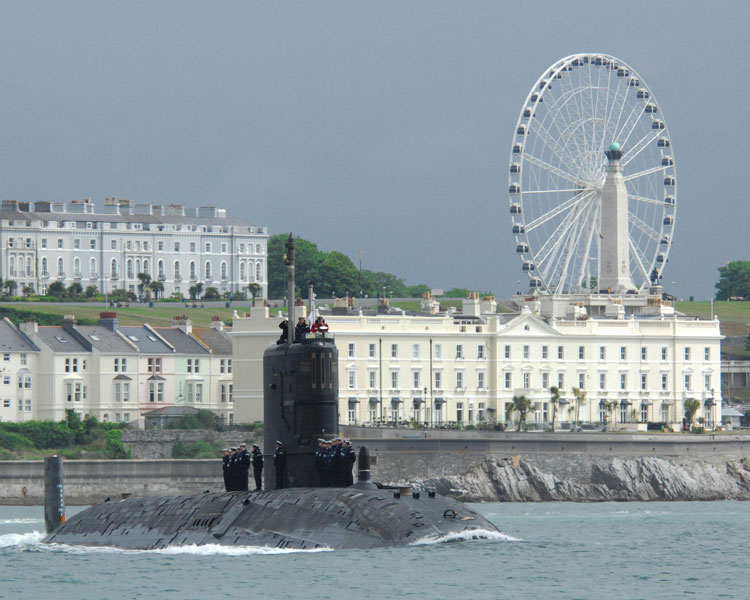 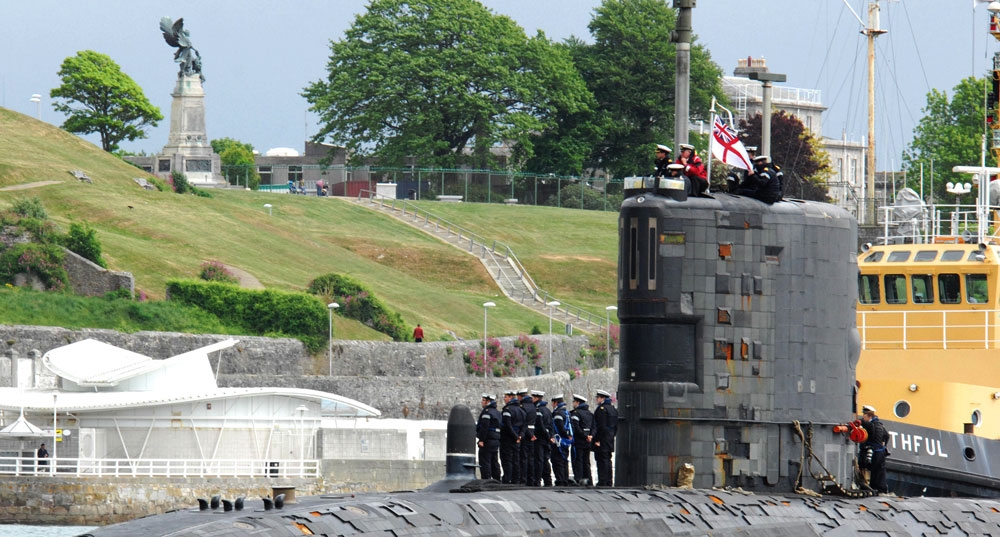 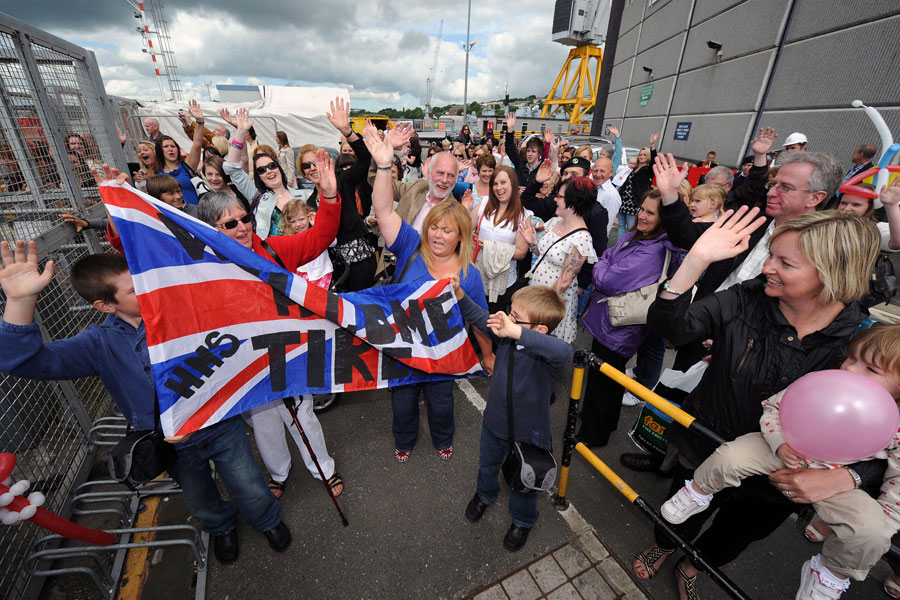