Mr Fowley accompanied by his dog handler Jenny Blackhall and Judy Pride from the Children’s Hospice South West were welcomed onboard by members of the crew. The special occasion was to present a cheque for £200 that the crew had raised for the local charity during a horse racing event onboard.

Commander Simon Asquith, the Commanding Officer said:” It is a real privilege to support such a worthy local charity and I wish them every success in their fundraising. It is the first time that we’ve had a dog onboard HMS Talent and he behaved impeccably.”

Mr Fowley has helped raised £60,000 for the charity to help build a Plymouth and Cornwall hospice for children with life limiting illnesses. 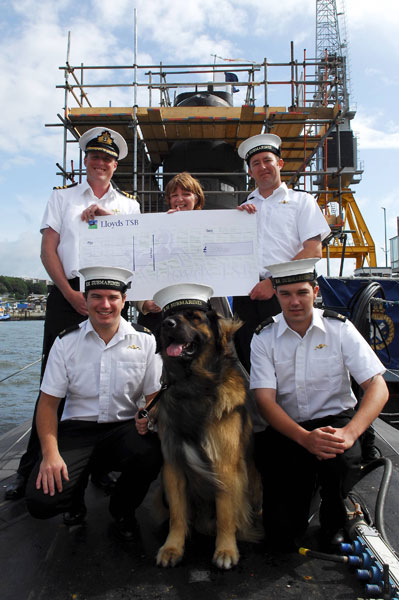