The second of the UK’s new aircraft carriers, HMS Prince of Wales, has left the dockyard and is ready for sea.

Eight years after she was laid down – and two after her sister HMS Queen Elizabeth sailed from the very same yard at Rosyth, near Edinburgh – the 65,000-tonne warship was manoeuvred into the Firth of Forth this afternoon, ready to begin sea trials.

When she passes beneath the three iconic Forth crossings – lowering her main mast to do so – and strikes out into the North Sea, it means the two largest warships ever built for the Royal Navy will be at sea simultaneously.

HMS Queen Elizabeth is currently in the North Atlantic preparing for operational training with UK F-35B Lightning jets for the first time – paving the way for front-line duties by Prince of Wales just a few years from now.

At present, the ship’s company – currently 600 strong – are focusing on a successful spell of sea trials, having prepared for months, gradually bringing the many systems, sensors and items of machinery from the galley to the main engines into life.

They are joined for the trials by a team of 320 civilian contractors to monitor how the 280-metre-long leviathan performs and make any necessary adjustments.

Captain Darren Houston, HMS Prince of Wales’ Commanding Officer, said it had taken a monumental effort by sailors, shipwrights, engineers, electricians, scientists and designers from the Aircraft Carrier Alliance to ready the nation’s most advanced warship for her debut at sea.

“I am immensely proud of the professionalism and determination that my ship’s company have shown in preparing themselves and their ship for this historic day.

“Whether through working alongside our industrial partners to support the build and commissioning of key systems or training tirelessly to operate the ship and work as a team, the crew have demonstrated unfaltering dedication and resolve in the face of a multitude of challenges.

“We are looking forward to sea trials and the opportunity to test our new ship before heading to our new home base of Portsmouth to join our sister ship.”

The carrier was moved from the main basin at Rosyth through a narrow lock and into the Firth of Forth in a delicate operation involving nearly a dozen tugs and scores of sailors and engineers lasting several hours, before anchoring upstream.

She will spend a few days at anchor before weather and tidal conditions allow her to sail under the Forth bridges.

Leading Physical Trainer Carl Stubbs joined HMS Prince of Wales in March 2018 and is delighted to see life buzzing through the ship.

“I am extremely excited to go to sea for the first time having seen the ship come together over the past 18 months from being an empty hull to a state-of-the-art aircraft carrier, complete with a fully-trained crew.

“We have been busy getting the four on board gyms stocked with equipment ready to keep our sailors fit during contractor sea trials and we will be running a full fitness programme for the crew whilst we are at sea.”

Fleet Commander Vice Admiral Jerry Kyd, who took HMS Queen Elizabeth to sea for the first time in the summer of 2017, understands the excitement aboard HMS Prince of Wales – and realises what her advent means for the UK and Royal Navy.

‘I am delighted to see HMS Prince of Wales at sea – well done the Aircraft Carrier Alliance and her ship’s company,” said Admiral Kyd.

“This is a hugely significant event for them but also for the Royal Navy and wider UK Defence. This means that, today, the Royal Navy has two aircraft carriers at sea – a powerful symbol of our government’s commitment to a strong defence and a global navy.

“I am hugely proud of the national effort, across so many industrial partners, Ministry of Defence and other agencies which has now delivered both of these magnificent ships that will sit at the heart of our defence for decades to come. I look forward to seeing HMS Prince of Wales arrive in her home port of Portsmouth soon and, in due course, RAF and Royal Navy F-35B Lightning jets flying from her deck.”

Following her sea trials HMS Prince of Wales will sail for her Portsmouth where she is due to be formally commissioned in the presence of her Lady Sponsor, the Duchess of Cornwall, before the end of the year. 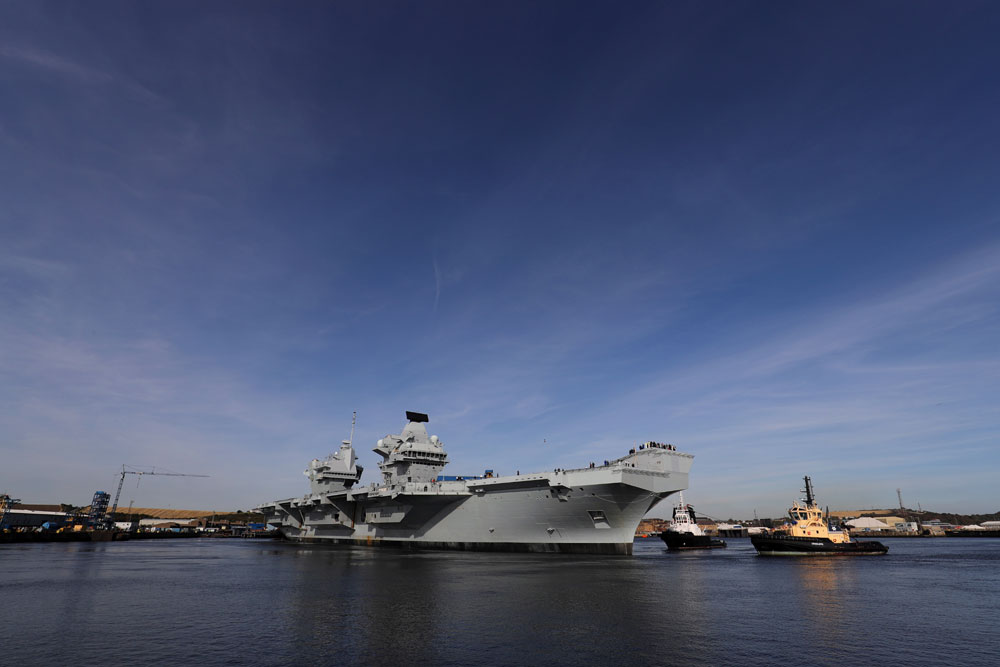 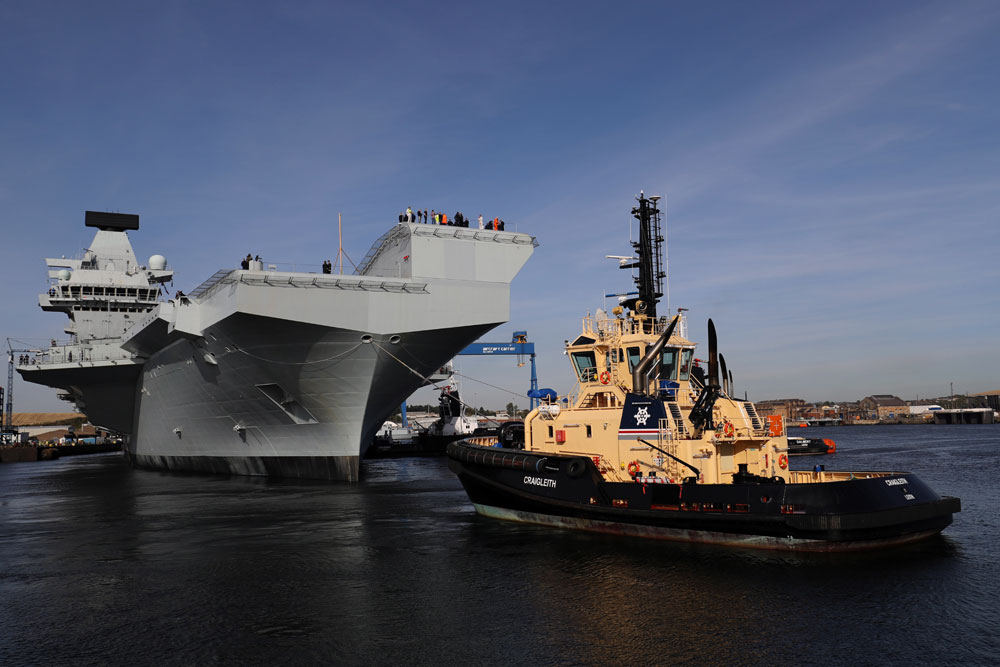 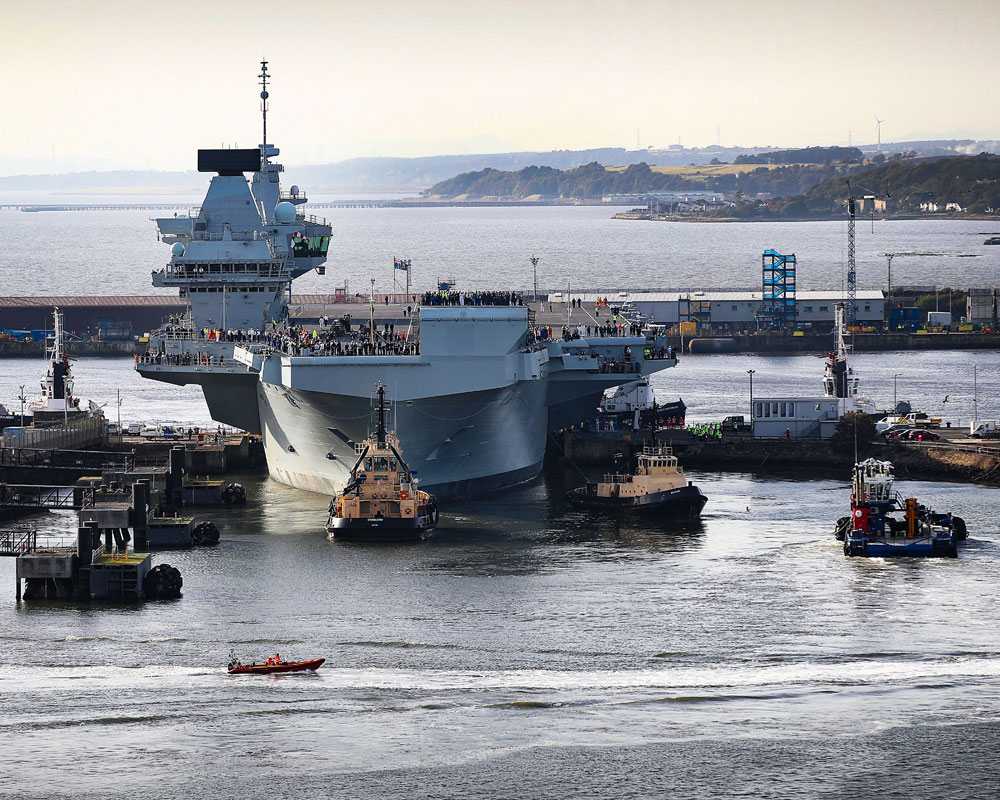 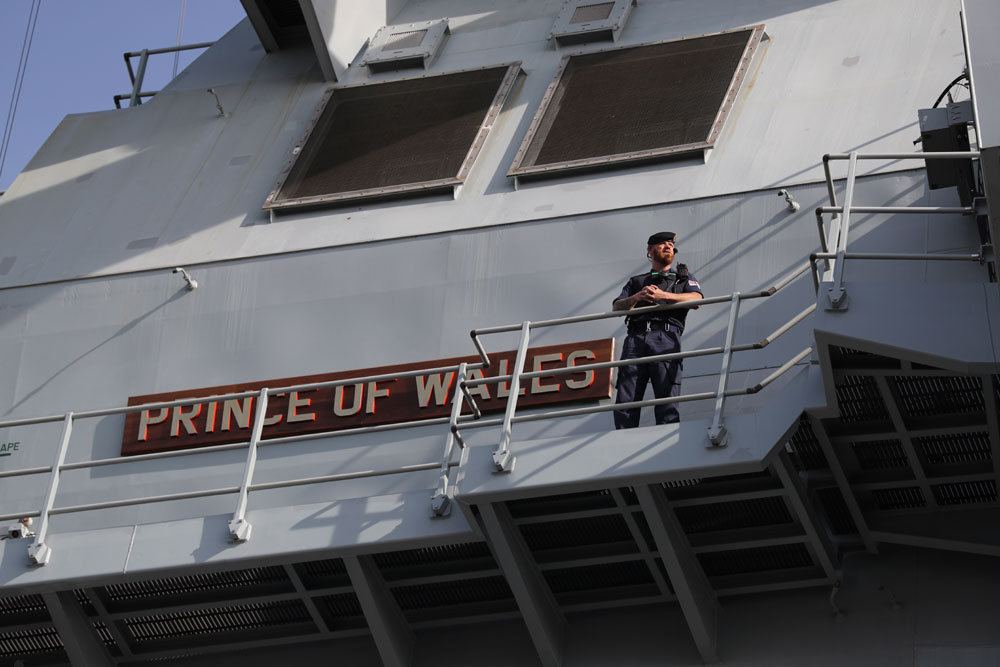 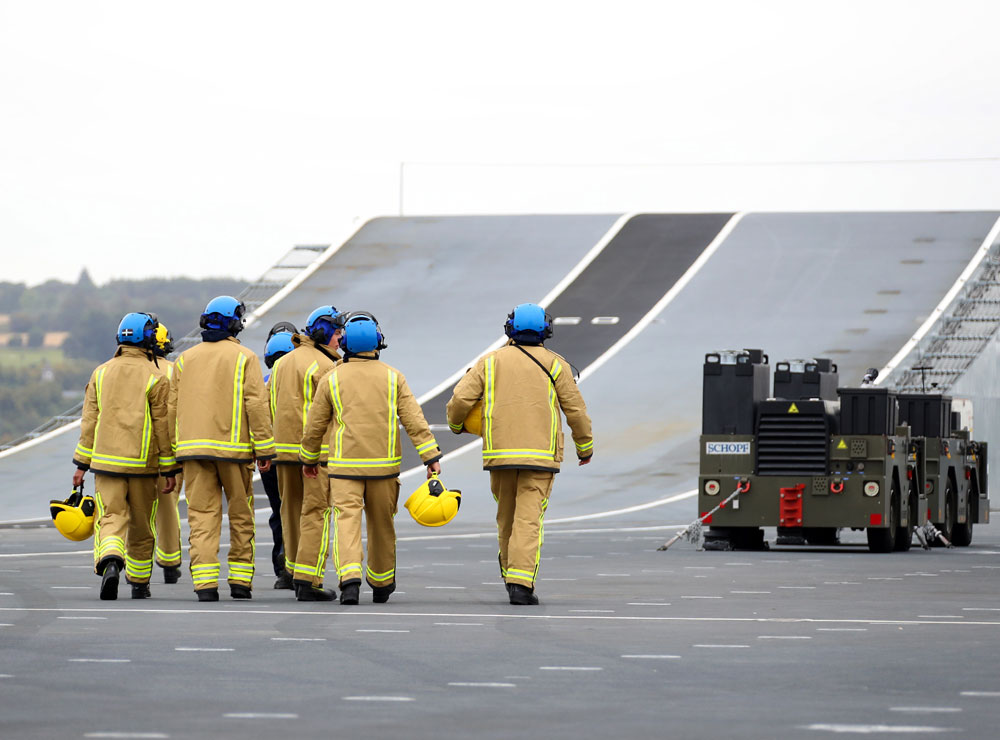