The Royal Navy’s Ice Patrol ship has been carrying out an intense programme of Antarctic Treaty inspections since the start of the new year.

It has been a busy summer for HMS Protector which is carrying out Antarctic patrols on behalf of the Foreign and Commonwealth Office (FCO), surveys for the United Kingdom Hydrographic Office (UKHO) as well as providing logistic support to the British Antarctic Survey (BAS).

The ship has also been hosting an international Antarctic Treaty Inspection Team consisting of legal, environmental and scientific experts from the UK and the Czech Republic.

This team has been preparing reports on the compliance of inspected research stations, cruise ships and yachts with the Antarctic Treaty and its protocol on Environmental Protection.

This Treaty is committed to preserving the Antarctic for peace and science and the UK, as an original signatory, continues to strongly support it as the best way to preserve the fragile region.

The ship’s company have not only provided support to the team carrying out the inspections, but also been taking part in them.

Engineers have used their experience and training in evaluating systems such as water production, waste management, fire and safety procedures in the bases, while the Medical Officer has been inspecting the medical and emergency facilities, health and hygiene.

The tempo of inspections has been high with 13 stations belonging to eight different nations, as well as seven cruise ships and four yachts inspected in around three weeks.

A Foreign Office spokesperson said, “The support of HMS Protector and the skills of the ship’s company has been fundamental to the success of our programme. Leading this inspection visibly demonstrates the UK’s contribution and commitment to ensuring a peaceful future of this vast but vulnerable continent.”

Another of Protector’s roles, in the Antarctic Treaty area, is to clear any waste they come across.

Early one evening a sharp-eyed sailor spotted what appeared to be a dinghy floating up-side-down on the surface.

After confirming that there was no-one in the area in need of assistance the ship retrieved the boat from the water.

It later emerged that the dinghy had come free from a yacht and Protector was able to return it to its Polish owners a few days later. 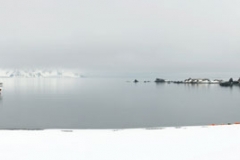 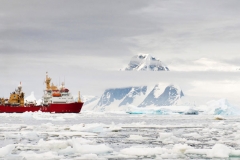 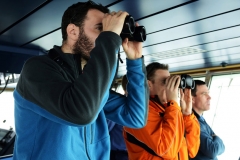 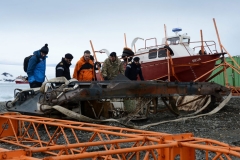 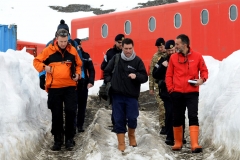 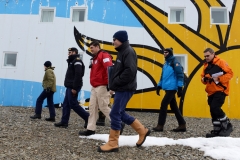 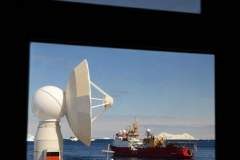