Warship HMS Montrose has sailed from Plymouth on a deployment that will take her across three of the world’s oceans as part of the UK’s commitment to security at sea.

HMS Montrose will cross three oceans and visit four continents as she begins a global deployment  (Mon 29 Oct), before ultimately arriving at the newly-opened UK Naval Support Facility in Bahrain.

Before entering the Gulf region, Montrose will spend some time in the Pacific to support the UK’s commitment to building relationships and maintaining stability in the Asia Pacific region.

Defence Secretary Gavin Williamson said: “This deployment demonstrates the UK’s ability and willingness to fulfil a wide range of commitments anywhere in the world. Our world-class Navy currently has ships operating in nearly every ocean on earth, as we continue to step up to the ever-evolving challenges we face.”

HMS Montrose is the Royal Navy’s first Type 23 frigate to be forward-deployed in the Gulf region. The Plymouth-based warship will not see the shores of the UK again for more than three years, although her ship’s company will be back in spring 2019.

This deployment is the first of its kind to be put into action by the Royal Navy and serves two purposes – to demonstrate the UK’s commitment to maritime security in the Gulf while also ensuring those on board can enjoy more stability in their home lives.

Commander Conor O’Neill, the ship’s Commanding Officer, said: “As a mariner, this is a particularly exciting deployment. We will be crossing most of the world’s oceans and visiting many continents, with a focus on the Asia Pacific region which is an area critical for our national prosperity.

“It is also an emotional day for all on board as we say goodbye to our loved ones, whose support we rely on every day whether at home or deployed.”

Montrose sailed from Plymouth to the sound of a piper from affiliated Army regiment, 3 Scots, in honour of her Scottish connection. Families of those on board lined the traditional wave-off location at Devil’s Point to bid their loved ones farewell. The frigate also saluted her local affiliated town of Fowey with a sail past.

A busy period of weapons testing and operational sea training has seen the ship’s company put through their paces over previous months to get everything ready for sailing day.

Sub-Lieutenant Ben Hunter said: “I’m proud to be sailing on my first deployment, and feel privileged to have such an opportunity to visit parts of the world most people will never see. It’s what I signed up to do.”

HMS Montrose sails at a time when the Royal Navy is on operations in almost every one of the world’s oceans. Her sister ships HMS Northumberland and HMS Westminster are currently deployed in the Norwegian Sea on NATO exercise Trident Juncture while HMS Argyll is in the Indian Ocean taking part in drills with allies in the Asia Pacific.

Type 45 destroyer HMS Dragon has joined fleet flagship HMS Albion, minehunters HMS Ledbury and HMS Shoreham plus RFA Lyme Bay and RFA Cardigan Bay on Exercise Saif Sareea off the coast of Oman for the largest international war games for UK forces since 2001. HMS Diamond is on patrol in the Mediterranean while RFA Mounts Bay is deterring drug smugglers in the Caribbean.

Britain’s newest aircraft carrier HMS Queen Elizabeth has left New York after a packed visit and rejoins her escort ship HMS Monmouth as RFA Tidespring heads across the Atlantic to join them. 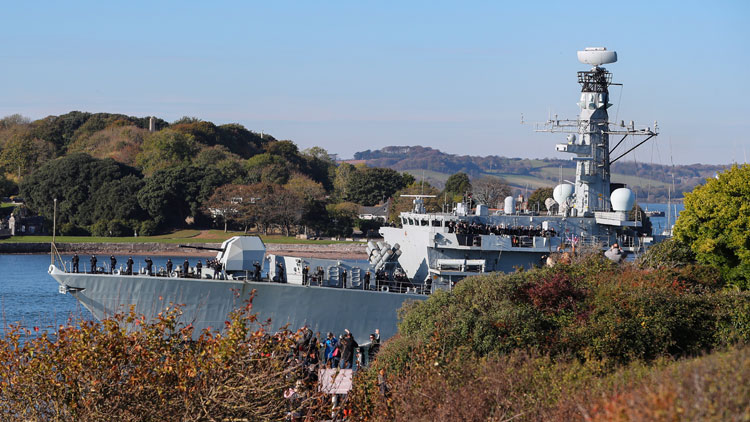 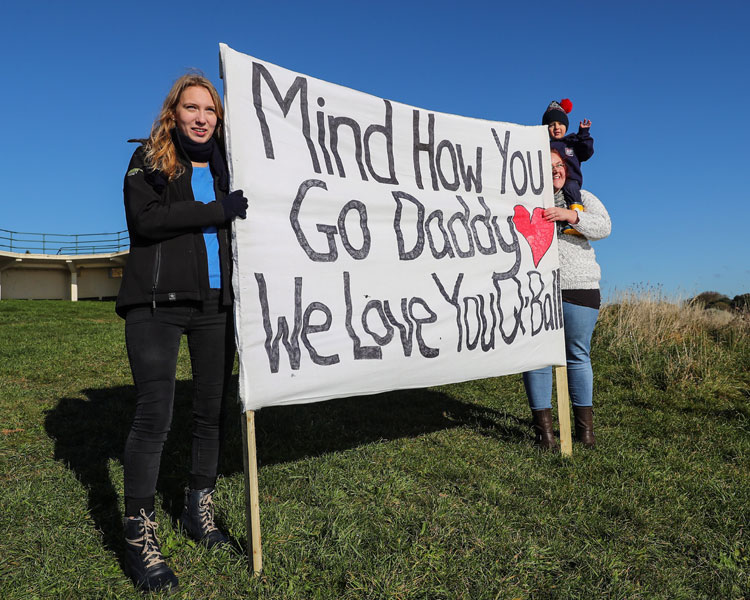 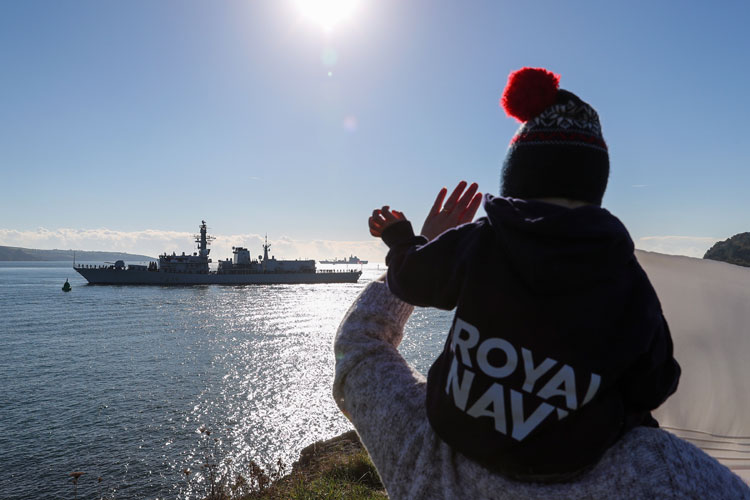