The Plymouth-based Royal Navy frigate HMS Somerset has returned to sea for the first time in nine months, after an extensive revamp.

The Type 23 frigate has a new lease of life as one of the most advanced fighting ships in the fleet due to a £20 million docking and upgrade in her home port in partnership with Babcock Marine.

HMS Somerset’s captain Commander Mike Smith said: “I am incredibly proud to be taking HMS Somerset back to sea after what has been a highly productive upgrade. The ship now has increased capability to meet the needs of an adaptable Royal Navy and is ready to return to the active fleet.”

The warship has the most modern fighting capability while the living arrangements and main machinery have been improved and overhauled, and a new coat of paint on the hull increases its streamlined efficiency, economy and speed.

Enhancements to the ship’s Seawolf missile system and significant improvements to operations room functions have made HMS Somerset more versatile and agile. Installation of an advanced electronic communications system and substantial galley improvements will make life at sea more comfortable for the 185 sailors.

The ship sailed from HM Naval Base, Devonport, to undertake a period of training and equipment trials before returning to operational tasking later this year. HMS Somerset is now better equipped than ever to protect the UK’s interests worldwide.

Having carried out four consecutive Middle East deployments, nine months alongside in home port provided a valuable opportunity for the crew to spend time with their families. They also underwent training and other activities away from their ship. 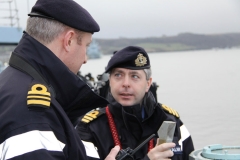 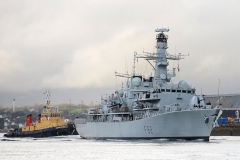 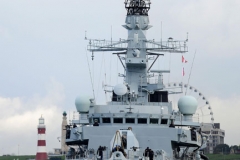